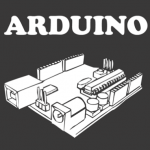 Why look to Kickstarter for the hot new microcontroller projects? It’s no secret that the Arduino microcontroller is tied inextricably with a certain D.I.Y. spirit. It’s only appropriate that related start-ups, makers & hackers would bring that same attitude to their fundraising efforts. Why deal with loans or investors when you can get your development funds straight from your potential customers?

As such, crowdsourcing websites like Kickstarter have become a hotbed for new developments from the Arduino & AVR community. Ranging from quirky side-projects from your friendly neighbourhood hacker, to revolutionary new systems that might just completely change the world of microcontrollers, Kickstarter seems to have it all. Let’s take a look at a handful of recently successful projects. 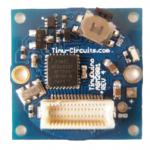 Yes, it’s exactly what it sounds like but it’s also much more. Here’s a breakthrough that further proves the adage, “Necessity is the mother of all invention.” It wouldn’t be fair to call the Arduino Uno bulky or expensive, but for complex jobs the size and cost can add up quickly. This stackable, modular alternative brings all the punch of the Uno with a profile the size of a 20 cent coin. If that’s still too big, take a look at the TinyLily. It’s got all the power of a LilyPad Arduino and half the mass. The best part of all is that unlike other mini-alternatives, the TinyDuno doesn’t sacrifice any support for expansion. It’s a big leap for anyone thinking small.

From an Italian former Arduino manufacturer, the smARtDUINO is, in some ways, the most exciting development on this list. Simply put, the smARtDUNIO divorces itself from a single proprietary processor, architecture or language in exchange for a nearly universal platform that allows you to easily connect components from different manufacturers and technologies. Working as a bridge between different platforms, this elegant problem-solver is able to resolve all the cross-platform nightmares that inevitably hamper complex jobs. 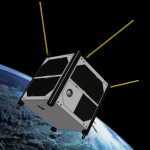 Yes, in some ways, the smARtDUINO is the most exciting development on this list. However, there’s one big way the ArduSat has it beat. It’s going into space. ArduSat which is short for Arduino-Satellite, (and happens to be just that), will allow you to rent space and bring your Arduino-based applications and experiments into the upper atmosphere. In addition to providing you with access to built-in cameras, the opportunity for experimentation is limited only by your imagination. One of their suggestions, for example, is a game of “Geiger Counter Bingo” using input from cosmic radiation. For more information on ArduSat, you can check out the project page here:, Here’s some photos of a recent Hackduino meetup, where Jonathan Oxer presented on the design of the board, project objectives and milestones thus far.

As if game-changing new boards and Arduino’s in space aren’t exciting enough, this is just a sample of the many microcontroller projects popping up on Kickstarter. It’s an amazing period for Arduino and other microcontroller platforms with breakthroughs happening every day. With crowdsourced funding you can take an active role in the microcontroller revolution and get involved in new projects on the ground floor. Some of the most interesting results come from the combination of this rapid technological advancement with old-fashioned entrepreneurial spirit. Because of this, sites like Kickstarter have turned into a spawning ground for some of the greatest innovations yet and these three examples might just be the tip of the iceberg. Got any other thoughts or info you would like to share, contact us here.